Arthur Rimbaud The Drunken Boat as well as excerpts from “Alchemy of the Word” from the incredible Seasons in Hell.

The enigmatic and inspired poet after abandoning his writing around 1875, travelled extensively mostly on foot throughout Europe, deserting the Dutch Colonial Army after getting all the way to Indonesia, and working as a foreman at a stone quarry in Cyprus.. Arthur Rimbaud all but disappeared into a life as a merchant in Aden, Yemen, in 1880. Apparently during that time he was working for a French coffee trader named Alfred Bardey who described him in 1883 as a “tall, pleasant young man who speaks little…”

What Bardey didn’t know, was the employee he casually references in the quote above had just 12 years earlier with an astounding Parisian literary debut unwittingly laid the groundwork for modern European poetry. Amazingly, the majority of Rimbaud’s significant works were most likely composed between 1870, when he was nearly sixteen, and 1874, when he turned twenty. Shortly after there was then the famous abrupt abandonment of literature in favor of a vagabond life that eventually took him to Aden and then to East Africa, where he remained until just before his death, trading coffee, feathers, and, finally, guns, and making a tidy bundle in the process. Arthur died in 1891, succombing at thirty-seven, to a cancer of the leg, after returning to his mother’s farm one last time. 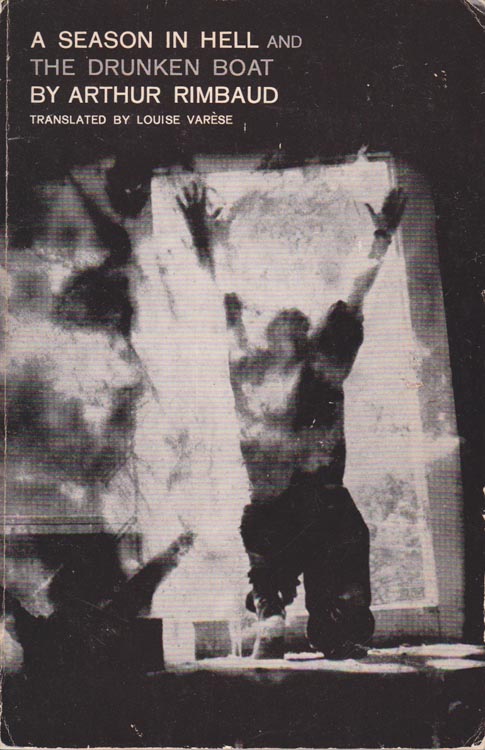 As I came down the impassible Rivers,
I felt no more the bargemen’s guiding hands,
Targets for yelling red-skins they were nailed
Naked to painted poles.

What did I care for any crews,
Carriers of English cotton or of Flemish grain!
Bargemen and all that hubbub left behind,
The waters let me go my own free way.

In the furious lashings of the tides,
Emptier than children’s minds, I through that winter
Ran! And great peninsulas unmoored
Never knew more triumphant uproar than I knew.

The tempest blessed my wakings on the sea.
Light as a cork I danced upon the waves,
Eternal rollers of the deep sunk dead,
Nor missed at night the lanterns’ idiot eyes!

Sweeter than sour apples to a child,
Green waters seeped through all my seams,
Washing the stains of vomit and blue wine,
And swept away my anchor and my helm.

And since then I’ve been bathing in the Poem
Of star-infused and milky Sea,
Devouring the azure greens, where, flotsom pale,
A brooding corpse at times drifts by;

Where, dyeing suddenly the blue,
Rhythms delirious and slow in the blaze of day,
Stronger than alcohol, vaster than your lyres,
Ferment the bitter reds of love!

I know the lightning-opened skies, waterspouts,
Eddies and surfs; I know the night,
And dawn arisen like a colony of doves,
And sometimes I have seen what men have though they saw!

I’ve dreamed green nights of dazzling snows,
Slow kisses on the eyelids of the sea,
The terrible flow of unforgettable saps,
And singing phosphors waking yellow and blue.

Months through I’ve followed the assaulting tides
Like maddened cattle leaping up the reefs,
Nor ever thought the Marys’ luminous feet
Could curb the muzzle of the panting Deep.

I’ve touched; you know, fantastic Floridas
Mingling the eyes of panthers, human-skinned, with flowers!
And rainbows stretched like endless reins
To glaucous flocks beneath the seas.

I’ve seen fermenting marshes like enormous nets
Where in the reeds a whole Leviathan decays!
Crashings of waters in the midst of calms!
Horizons toward far chasms cataracting!

Glaciers and silver suns, fiery skies and pearly seas,
Hideous wrecks at the bottom of brown gulfs
Where giant serpents vermin ridden
Drop with black perfumes from the twisted trees!

I would show children those dorados,
And golden singing fishes in blue seas.
Foam flowers have blest my aimless wanderings,
Ineffable winds have given me wings.

Tired of poles and zones, sometimes the martyred sea,
Rolling me gently on her sobbing breast,
Lifterd her shadow flowers with yellow cups toward me
And I stayed there like a woman on her knees.

Island, I sailed, and on my gunnels tossed
Quarrels and droppings of the pale-eyed birds,
While floating slowly past my fragile bands,
Backward the drowned went dreaming by.

But I, lost boat in the cove’s trailing tresses,
Tossed by the tempest into birdless space,
Whose water-drunken carcass never would have salvaged
Old Monitor or Galleon of the Hanseatic League;

Who, ridden by violet mists, steaming and free,
Pierced the sky reddining like a wall,
Covered with lichens of the sun and azure’s phlem,
Preserves that all good poets love,

Who, spotted with electric crescents ran,
Mad plank with escort of black hypocamps,
While Augusts with their hammer blows tore down
The sea-blue, spiral-flaming skies;

Who trembling felt Behemoth’s rut
And Maelstroms groaning fifty leagues away,
Eternal scudder through the quiescent blue,
I long for Europe’s parapets!

True I have wept too much! Dawns are heartbreaking;
Cruel all moons and bitter the suns.
Drunk with love’s acrid torpors,
O let my keel burst! Let me go to the sea!

If I desire any European water, it’s the black pond
And cold, where toward perfumed evening
A sad child on his knees sets sail
A boat as frail as a May butterfly.

I can no longer, bathed in your languors, O waves,
Obliterate the cotton carriers’ wake,
Nor cross the pride of pennants and of flags,
Nor swim past prison hulks’ hateful eyes! 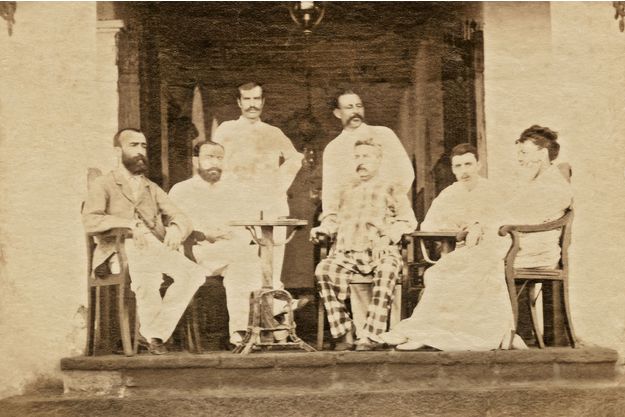 First known photograph of Rimbaud as an adult, taken in August, 1880 in Yemen. The photo was found in a flea market.

(Selection from “A season in Hell”)

Now for me! The story of one of my follies.
For a long time I boasted of possessing every possible landscape and held in derision the celebrities of modern painting and poetry.
I loved maudlin pictures, the painted panels over doors, stage sets, the back-drops of mountebanks, old inn signs, popular prints; antiquated literature, church Latin, erotic books innocent of all spelling, the novels of our grandfathers, fairytales, children’s storybooks, old operas, inane refrains and artless rhythms.
I dreamed crusades, unrecorded voyages of discovery, untroubled republics, religious wars stifled, revolutions of customs, the displacements of races and continents; I believed in all marvels.
I invented the color of vowels!-A black, E white, I red, O blue, U green. -I regulated the form and the movement of every consonant, and with instinctive rhythms I prided myself on inventing a poetic language accessible some day to all the senses. I reserved all rights of translation.
At first it was an experiment. I wrote silences, I wrote the night. I recorded the inexpressible. I fixed frenzies in their flight. 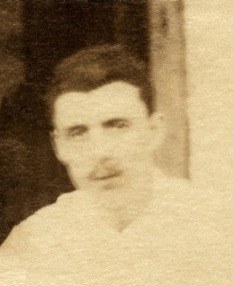 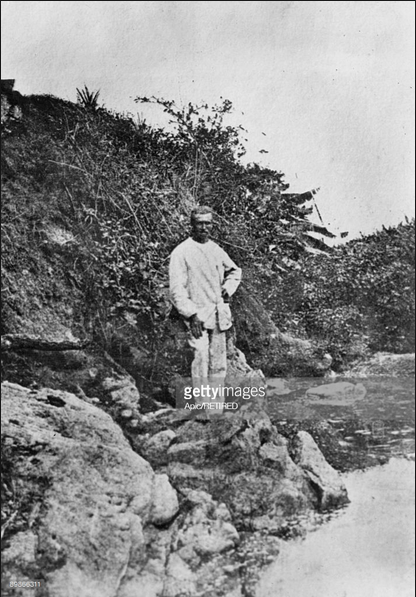 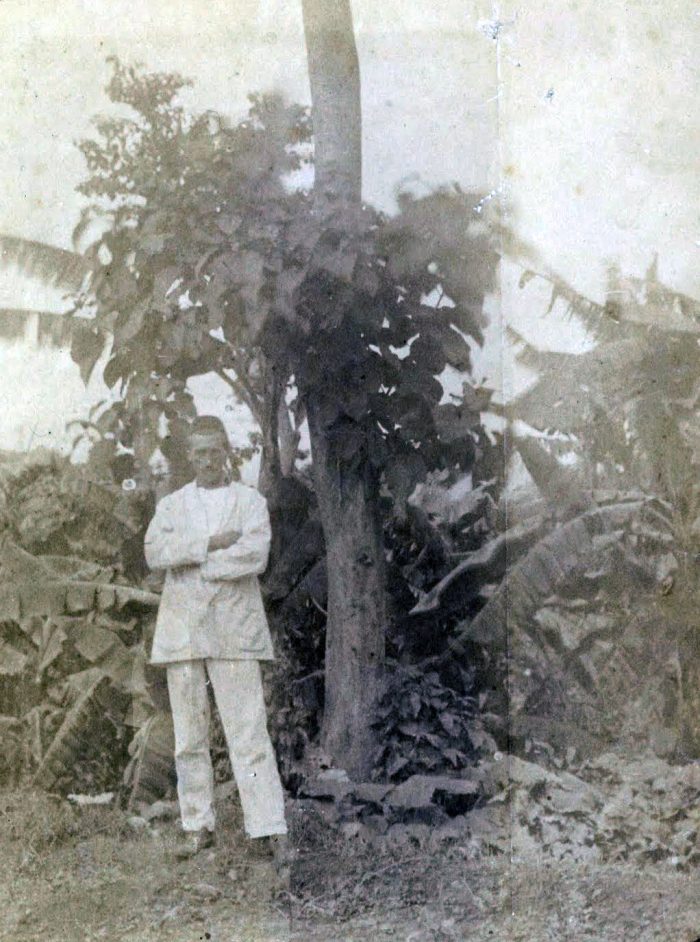 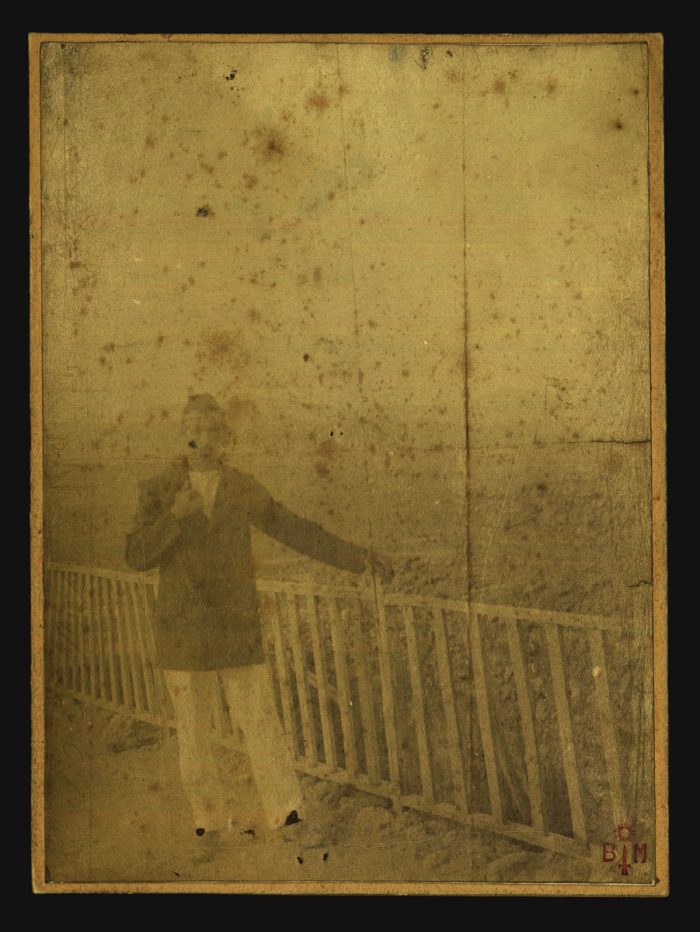 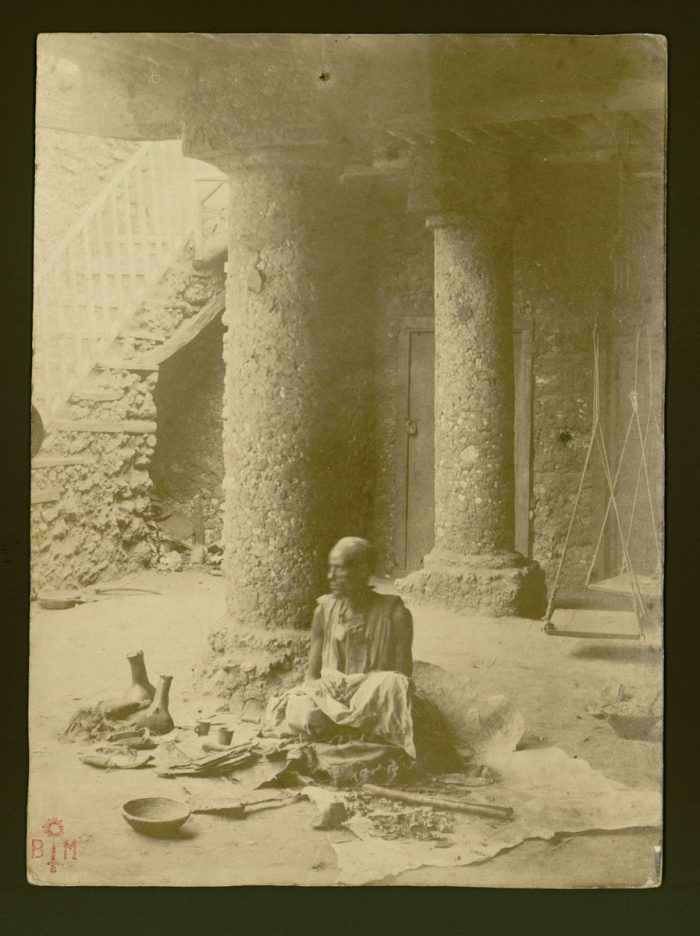 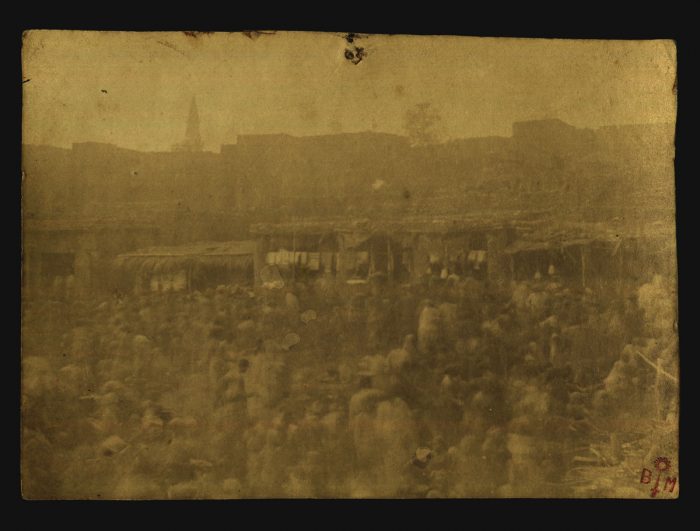 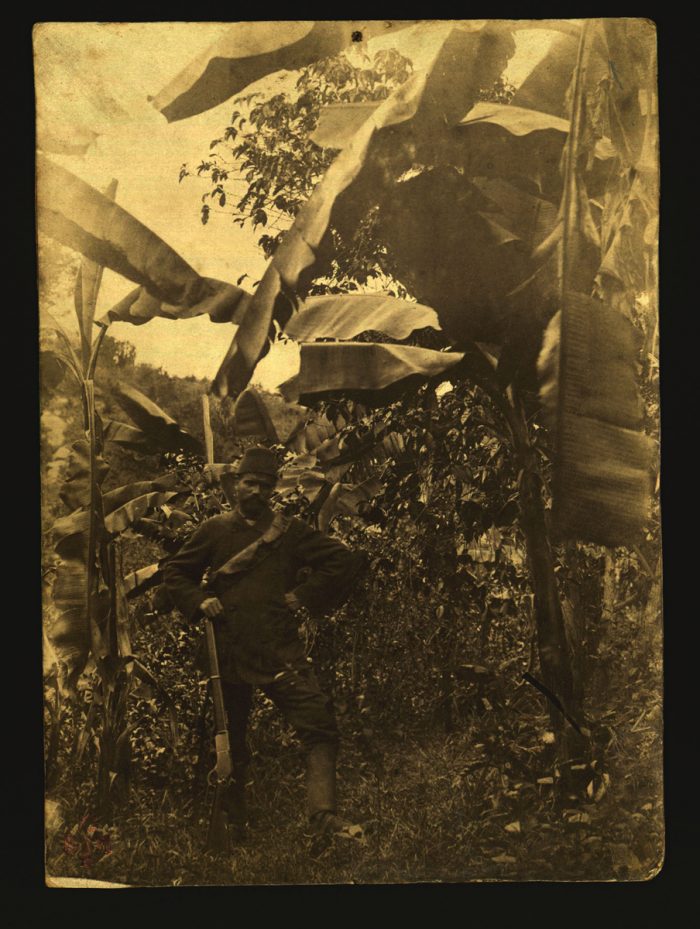 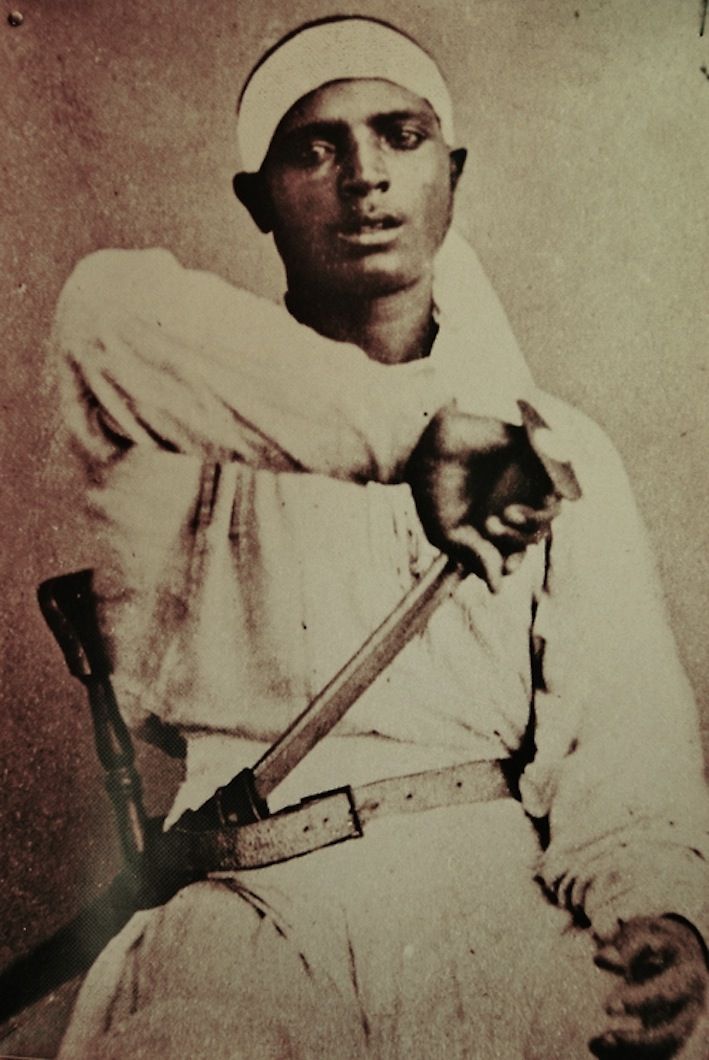 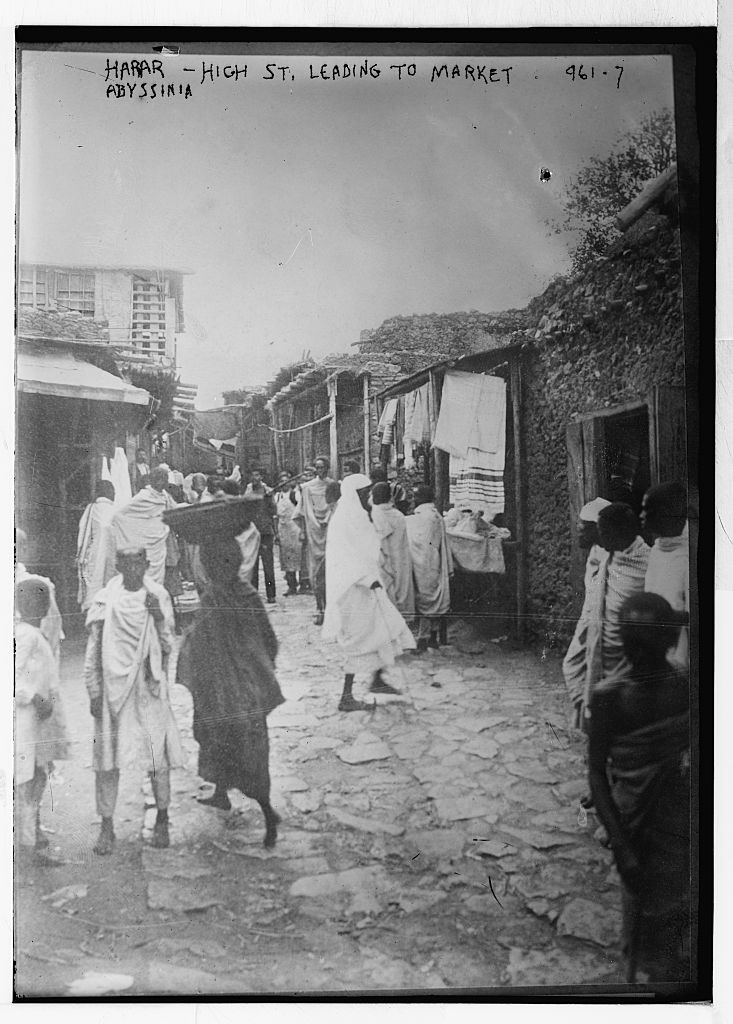 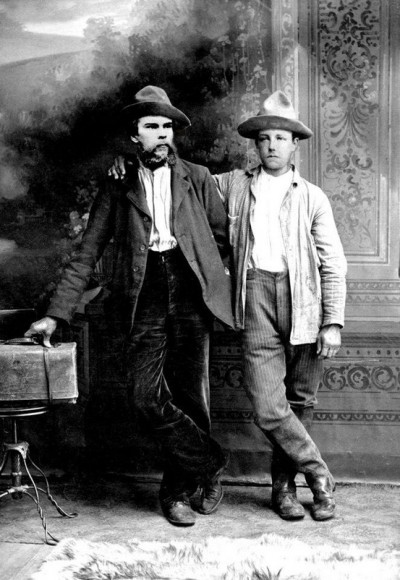 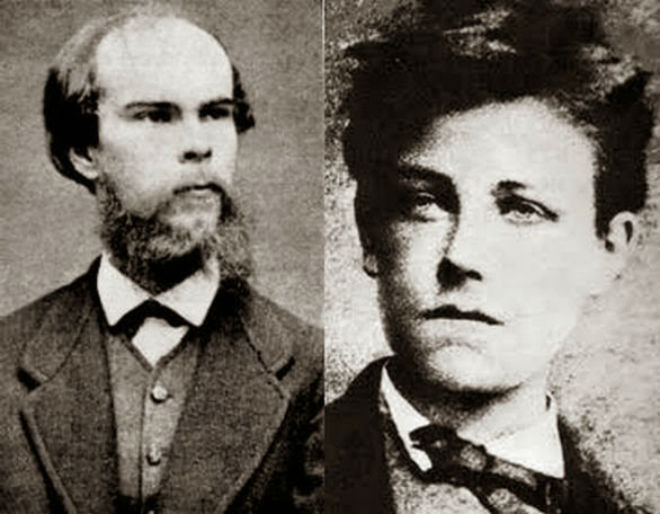 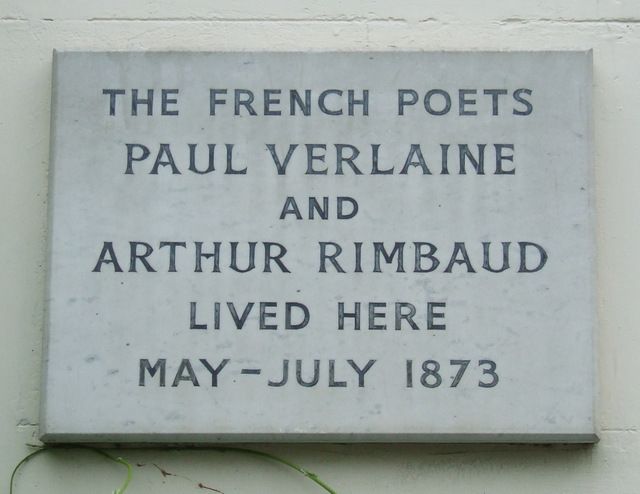 Verlaine and Rimbaud plaque in London 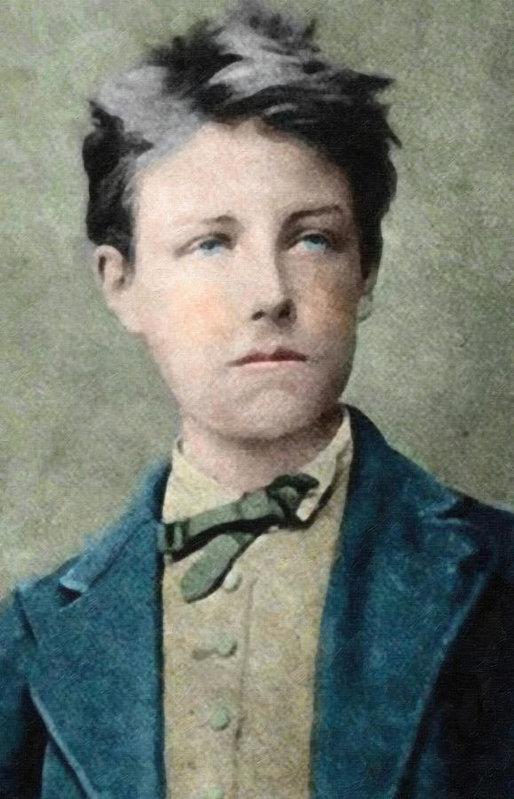 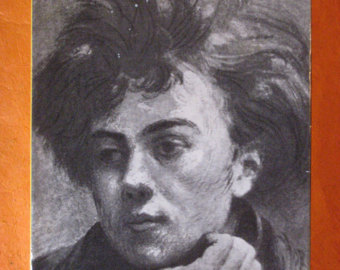 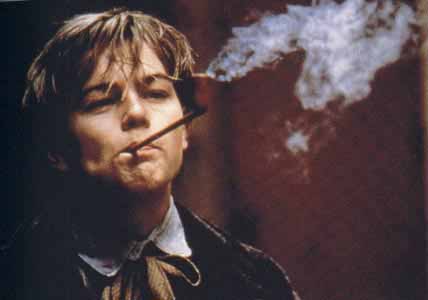 Extremely rare, the only actual photo of Arthur Rimbaud in color known to exist. 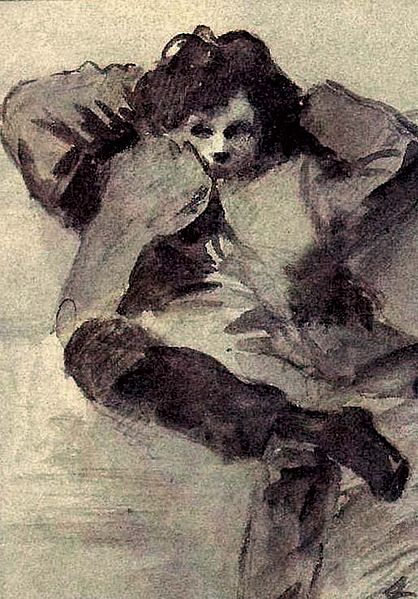 “I’m now making myself as scummy as I can. Why? I want to be a poet, and I’m working at turning myself into a Seer. You won’t understand any of this, and I’m almost incapable of explaining it to you. The idea is to reach the unknown by the derangement of all the senses. It involves enormous suffering, but one must be strong and be a born poet. And I’ve realized that I am a poet. It’s really not my fault.” 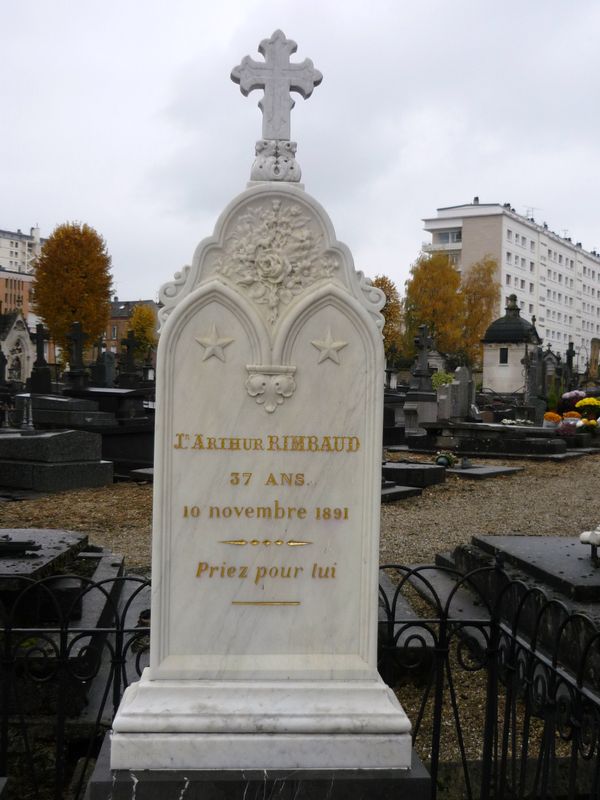 “Finally a page about Arthur that doesn’t mention that Smith broad, her poetry was average at best…”
–AYerbouti Iz’myn
9/18/2018
See All Reviews
5
5
2