Fawziyya was born in Riyadh, Saudi Arabia in 1959. She has BAs from Universities in Lebanon and the USA, and an MA from King Saud University, where she now lectures in sociology. She has published three books of poetry. Her first collection, “Until When Will They Go on Raping You on Your Wedding Night?” from 1974 was banned in Saudi Arabia. It was later published in Lebanon. Two collections followed it, “Reading the Secret of the History of Arab Silence” (1985) and “Mirage Water” (1995).

Mother,
You did not leave me an inheritance of
necklaces for a wedding
but a neck
that towers above the guillotine
Not an embroidered veil for my face
but the eyes of a falcon
that glitter like the daggers
in the belts of our men.
Not a piece of land large enough
to plant a single date palm
but the primal fruit of The Fertile Crescent:
My Womb.

In the bundle of your will
I thought I could find
a seed from The Garden of Eden
that I may plant in my heart
forsaken by the seasons
Instead
You left me with a sheathless sword
the name of an obscure child carved on its blade
Every pore in me
every crack
opened up:
A sheath.

Mother,
Today, they came to consiscate the inheritance
you left me.
They could not decipher the children’s fingerprints
They could not walk the road that stretches
between the arteries of my heart
and the cord that feeds the babe
in every mother’s womb
They seized the children of the neighborhood
for interrogation
They could not convict the innocence in their eyes.
They searched my pockets
took off my clothes
peeled my skin
But they failed to reach
the glistening silk that nestles
the twin doves
in my breast. 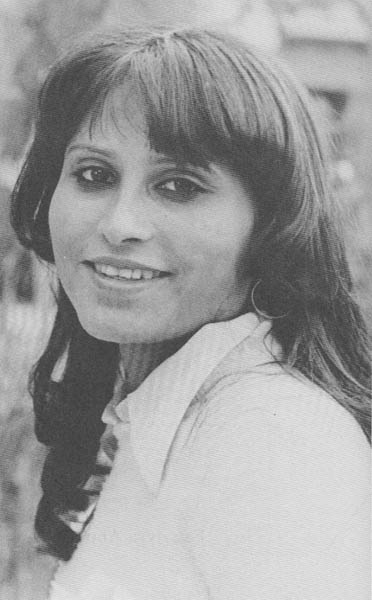 Not with your tribe’s spears I write
for they are dull
but with my nails
words without walls
Sister,
For you I have inscribed
Love-songs
weaving the sun’s rays
to your latticed window .
To tell me you accept
The tribe’s traditions and prescriptions
is a concession
to being buried alive
The noble inch or two
of tatoo
over your skin
shall curve a bottomless night
into your flesh
It pains me
to see the tribe dwell
in you sprawling
in your college seat not unlike
your grandmother
who thought she was
a lottery ticket won
at home . A woman
in her twenties
sitting before some tent
shrouded with robes and veils
carrying the spindle
but does not spin .
To hear you talk
about a cloak
the clan’s man bought
for you;
to hear you boast
about blue-blood
the heirs
and chip off the old oak tree .
The Sheikh’s voice in your voice
cancels you .
Sister
My kingdom does not claim
dowries of cows and cattle
thus the Tribe rejects me
For you are their legitimate child
I am the one disavowed
You belong to lords of virgin lands
I to seasons bleeding flames
How long will they keep raping you on your wedding night?

Two Little Girls
For my mother Noor, poet, whose verses I borrow

I hang on to the hem of her dress like a child hanging
On to the string of an immovable kite
I climb her braid like a squirrel climbing a hazelnut tree
In the late afternoon we jump from one world to another
we play in the wind
like sparrows that opened the door to the cage
She teaches me
names of flowers
the seasons of rain
love of our country
I teach her
stubbornness and mischief . . .
We share one apple and innumerable dreams
We paint a paradise of questions on the face of the desert
We spray each other with the water of the mirage
accompany a fleeting doe

The Poetry of Arab Women – Edited by Nathalie Handal

When you abandoned me,
I didn’t need an elegy
because you had planted
a flight of butterflies in my heart
whose path I follow
like a bedouin who knows
how to perfectly trace the footsteps
of his truant mare.

When you go away and I can’t
follow you up with a letter,
it is because the distance
between you and me
is shorter than the sound of Oh,
because the words are smaller
than the distance
of my longing.

– From “This Same Sky: A Collection of Poems from around the World” 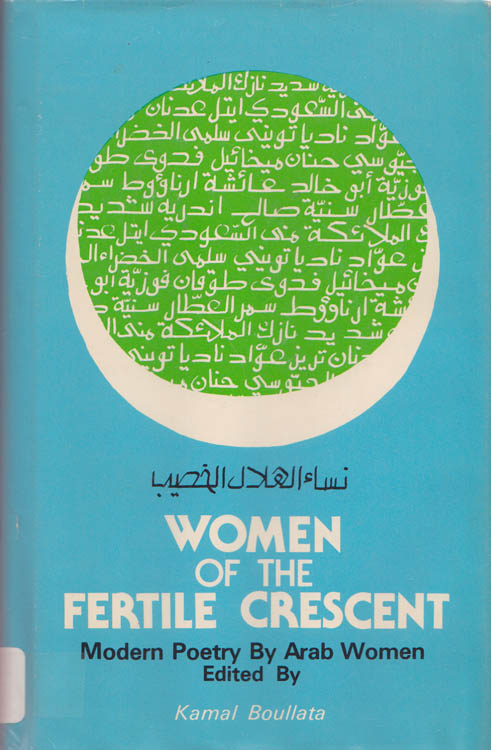 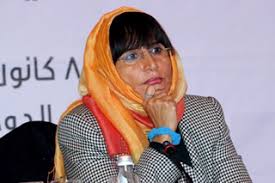 Speaking out publicly as a supporter of Saudi Arabia’s ruling that women would be finally advance in equality and be given the right to vote and stand for election in 2015. “I think there is a realization by different groups, including conservative group in Saudi Arabia, that what happened in the past, that they are the only voice in the society, this will not continue, and that they have to admit and to live that there are other voices and there are other views.”

“As we say, people, they don’t live only on bread, but freedom is very important element for human being to live in dignity and in equality.”