What a voice, there will never be another ARETHA FRANKLIN. Motown’s Queen of Soul forever. Rest in peace, Aretha.

Aretha’s group for this show included Billy Preston, King Curtis (and the Kingpins), and what probably was her best group of backup singers, Bernard “Pretty” Purdie, Billy Preston, Cornell Dupree…then as if that wasn’t enough she brought out none other than the legendary RAY CHARLES and the rest is history. ’nuff said.

When Aretha Franklin sat down at the piano at the Fame Studios in Muscle Shoals, Alabama, on January 27, 1967, her first notes heralded that new era. Spooner Oldham, who’d been hired to play piano for the session, called it a “magic chord,” and amens echoed from every corner of black America. When Atlantic released “I Never Loved a Man (The Way I Love You)” in early March, crowds gathered outside record stores in black neigbhborhoods demanding to hear Aretha’s gospel love song again and again. When Aretha followed “I Never Loved a Man” with “Respect,” Ebony magazine declared 1967 the summer of "’Retha, Rap and Revolt."

Aretha’s transformation from frustrated chanteuse to the voice of black pride happened nearly overnight. The key was her decision to sign with Atlantic records. “I took her to church, sat her down at the piano, and let her be herself,” Jerry Wexler explained. “To say we took her back to church, that merely means we were trying the same recording context we were already using with Ruth Brown and LaVern Baker. Atlantic Records was like the West Point for rhythm and blues. We just applied what we knew about rhythm and blues to a rhythm-and-blues artist instead of trying to make her a pop artist like Judy Garland or Peggy Lee.” For her part, Aretha appreciated Wexler’s desire “to base the music around me, not only my feeling for the song but my piano playing and basic rhythm arrangement, my overall concept.” The result was “raw and real and so much more myself.”

…When Rick Hall told the Muscle Shoals players they’d been booked for the January 27 session, no one took special note. Songwriter Dan Penn, however, had heard Aretha’s Columbia records, and he warned the musicans they were in for something special. “I knew about Aretha way before she got there. Rick contacted me about the session, but he didn’t know who in hell was comning in,” Penn told southern soul historian Peter Guralnick. When Hall identified the vocalist as Aretha, Penn warned the band, ” ‘Boys, you better get your damn shoes on. You getting someone who can sing.’ Even the Memphis guys didn’t really know who in the hell she was. I said, ‘Man, this woman gonna knock you out.’ They’re all going, ‘Big Deal!’ When she come in there and sit down at the piano and hit that first chord, everybody was just like little bees just buzzing around the queen. It was beautiful, better than any session I’ve ever seen, and I seen a bunch of them.”

(On hearing Aretha’s cover of his own song)…When (Otis) Redding himself heard the record, he could only shake his head in admiration. “I just lost my song,” he told Wexler. “That girl took it away from me.”

…So while her voice might have sounded like it came straight from the soul, Aretha and Wexler worked hard to make sure it came through on wax. Aretha was never passive in the process. “She remained the central orchestrator of her own sound,” Wexler observed, “the essential contributor and final arbiter of what fit or did not fit her musical persona.” Aretha knew that that persona was based on study and preparation. “When it comes to the ABCs of music, I am no dummy,” she announced. “I always worked on my sound, my arrangements, before I went into the studio with a producer.” Wexler agreed: “Nobody bothered us in the control room. In general, the sessions went like cream. She’d take the song–she found most of them–or she’d write it. And she would work out a layout, working at home with her little electric piano and the girls. So you had three major ingredients; First of all, you had the arrangement implicit in the piano bars, you had her lead vocals and you had the vocal background leads. She brings all this into the session. She’d sit at the piano and start to line it out, and the girls might not be there. So she might sing their parts, too. Then all we did was start to shade in drums, bass, guitar. We might make small changes, but it would always be by agreement with her…Those records were so damn good because she took care of business at home.” 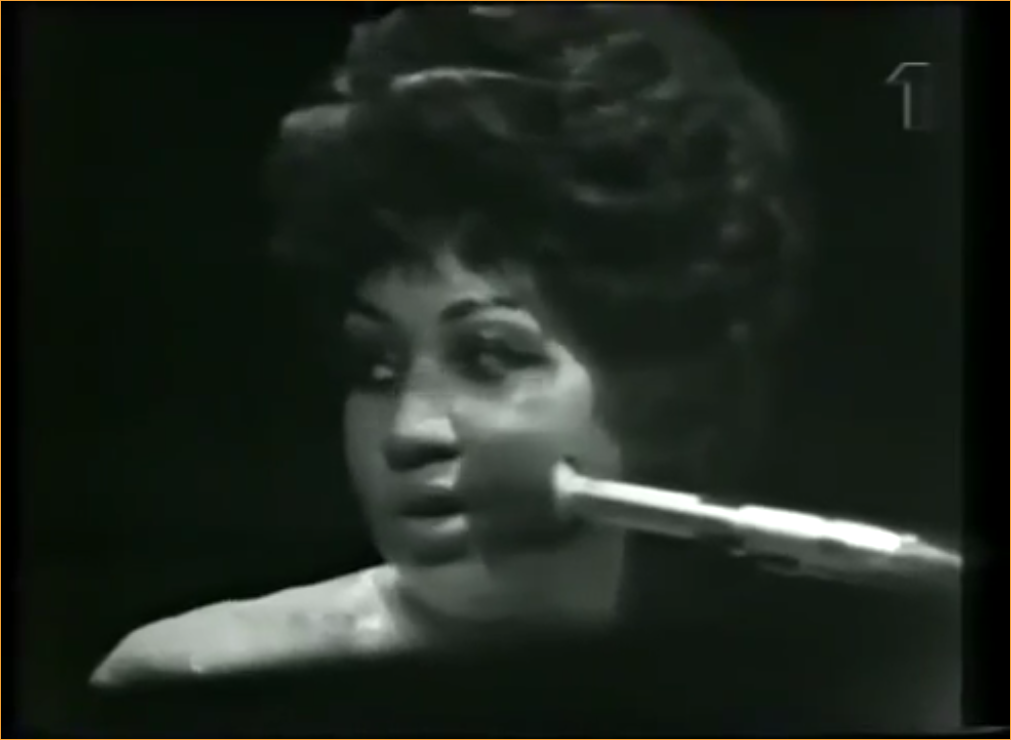 
“One of a kind, there will NEVER be another Aretha Franklin…”