…We can accuse Christianity of arrested development if we are determined to excuse our own shortcomings; but I do not wish to make the mistake of blaming religion for something that is due mainly to human incompetence. I am speaking therefore not of the deepest and best understanding of Chrisitianity but of the superficialities and disastrous misunderstanding that are plain for all to see. The demand made by the imitation Christi–that we should follow the ideal and seek to become like it–ought logically to have the result of developing and exalting the inner man. In actual fact, however, the ideal has been turned by superficial and formalistically-minded believers into an external object of worship, and it is precisely this veneration for the object that prevents it from reaching down into the depths of the psyche and giving the latter a wholeness in keeping with the ideal. Accordingly the divine mediator stands outside as an image, while man remains fragmentary and untouched in the deepest part of him…we must not forget, however, that even a mistaken imitation may sometimes involve a tremendous moral effort which has all the merits of a total surrender to some supreme value, even though the real goal may never be reached and the value is represented externally. It is conceivable that by virtue of this total effort a man may even catch a fleeting glimpse of his wholeness, accompanied by the feeling of grace that always characterizes this experience.

Every archetype is capable of endless development and differentiation. It is therefore possible for it to be more developed or less. In an outward form of religion where all the emphasis is on the outward figure (hence where we are dealing with a more or less complete projection), the archetype is identical with externalized ideas but remains unconscious as a psychic factor. When an unconscious content is replaced by a projected image to that extent, it is cut off from all participation in and influence on the conscious mind. Hence it largely forfeits its own life, because prevented from exerting the formative influence on consciousness natural to it; what is more, it remains in its original form–unchanged, for nothing changes in the unconscious. At a certain point it even develops a tendency to regress to lower and more archaic levels. It may easily happen, therefore, that a Christian who believes in all the sacred figures is still undeveloped and unchanged in his inmost soul because he has “all God outside” and does not experience him in the soul. His deciding motives, his ruling interests and impulses, do not spring from the sphere of Christianity but from the unconscious and undeveloped psyche, which is as pagan and archaic as ever. Not the individual alone, but the sum total of individual lives in a nation proves the truth of this contention. The great events of our world as planned and executed by man do not breathe the spirit of Christianity but rather of unadorned paganism. These things originate in a psychic condition that has remained archaic and has not been even remotely touched by Christianity.

The archetypes of the unconscious can be shown empirically to be the equivalents of religious dogmas. In the hermeneutic language of the Fathers the Church possesses a rich store of analogies with the individual and spontaneous products to be found in psychology. What the unconscious expresses is far from being merely arbitrary or opinionated; it is something that happens to be “just-so,” as is the case with every other natural being. It stands to reason that the expressions of the unconscious are natural and not formulated dogmatically; they are exactly like the partistic allegories which draw the whole of nature into the orbit of their amplifications. If these present us with some astonishing allegoriae Christi, we find much the same sort of thing in the psychology of the unconscious. The only difference is that the patristic allegory ad Christum spectat–refers to Christ–whereas the psychic archetype is simply itself and can therefore be interpreted according to time, place, and milieu. In the West the archetype is filled out with the dogmatic figure of Christ; in the East, with Purusha, the Atman, Hiranyagarbha, the Buddha, and so on. The religious point of view, understandably enough, puts the accent on the imprinter, whereas the scientific psychology emphasizes the typos, the imprint–the only thing it can understand. The religious point of view understands the imprint as the working of an imprinter; the scientific point of view understands it as the symbol of an unknown and incomprehensible content.


…at the same time I must leave my patient to decide in accordance with his assumptions, his spiritual maturity, his education, origins, and temperament, so far as this is possible without serious conflicts. As a doctor it is my task to help the patient to cope with life. I cannot presume to pass judgement on his final decisions, because I know from experience that all coercion–be it suggestion, insinuation, or any other method of persuasion–ultimately proves to nothing but an obstacle to the highest and most decisive experience of all, which is to be alone with his own self, or whatever else one chooses to call the objectivity of the psyche. The patient must be alone if he is to find out what it is that supports him when he can no longer support himself. Only this experience can give him an indestructible foundation.

I would only be too delighted to leave this anything but easy task to the theologian, were it not that it is just from the theologian that many of my patients come. They ought to have hung on to the community of the Church, but they were shed lilke dry leaves from the great tree and now find themselves “hanging on” to the treatment. Something in them clings, often with the strength of despair, as if they or the thing they cling to would drop off into the void the moment they relaxed their hold. They are seeking firm ground on which to stand. Since no outward support is of any use to them they must finally discover it in themselves–admittedly the most unlikely place from the rational point of view, but an altogether possible one from the point of view of the unconscious. We see this from the archetype of the “lowly origin of the redeemer.”

The way to the goal seems chaotic and interminable at first, and only gradually do the sign increase that it is leading anywhere. The way is not straight but appears to go round in circles. More accurate knowledge has proved it to go in spirals: the dream-motifs alway return after certain intervals to definite forms, whose characteristic it is to define a center. And as a matter of fact the whole process revolves about a central point or some arrangement round a centre…

The encounter with the dark half of the personality, or “shadow,” comes about of its own accord in any moderately thorouth treatment. This problem is as important as that of sin in the Church. The open conflict is unavoidable and painful. I have often been asked, “And what do you do about it?” I do nothing; there is nothing I can do except wait, with a certain trust in God, until, out of a conflict borne with patience and fortitude, there emerges the solution destined–although I cannot foresee it–for that particular person. Not that I am passive or inactive meanwhile: I help the patient to understand all the things that the unconscious produces during the conflict. The reader may believe me that these are not ordinary products. On the contrary, they are among the most significant things that have ever engaged my attention. Nor is the patient inactive; he must do the right thing, and do it with all his might, in order to prevent the pressure of evil from becoming too powerful in him. He needs "justification by works,” for “justification by faith" alone has remained an empty sound for him as for so many others. Faith can sometimes be a substitute for lack of experience. In these cases what is needed is real work. Christ espoused the sinner and did not condemn him. The true follower of Christ will do the same, and, since one should do unto others as one would do unto oneself, one will also take the part of the sinner who is oneself. And as little as we would accuse Christ of fraternizing with evil, so little should we reproach ourselves the to tlove the sinner who is oneself is to make a pact with the devil. Love makes a man better, hate makes him worse–even when that man is oneself…

Whereas the Church’s great buttress is the imitation of Christ, the alchemist, without realizing it and certainly without wanting it, easily fell victim, in the loneliness and obscure problems of his work, to the promptings and unconscious assumptions of his own mind, since, unlike the Christians, he had no clear and unmistakable models on which to rely. The authors he studied provided him with symbols whose meaning he thought he understood in his own way; but in reality they touched and stimulated his unconscious. Ironical towards themselves, the alchemists coined the phrase “obscurum per obscurius.” But with this method of explaining the obscure by the more obscure they only sank themselves deeper in the very process from which the Church was struggling to redeem them. While the dogmas of the Church offered analogies to the alchemical process, these analogies, in strict contrast to alchemy, had become detached from the world of nature through their connection with the historical figure of the Redeemer. The alchemical four in one, the philosophical gold, the lapis angularis, the aqua divina, became, in the Church, the four-armed cross on which the Only-Begotten had sacrificed himself once in history and at the same time for all eternity. The alchemists ran counter to the Church in preferring to seek through knowledge rather than to find through faith, though as medieval people they never thought of themselves as anything but good Christians. Paracelsus is a classical example in this respect. But in reality they were in much the same position as modern man, who prefers immediate personal experience to belief in traditional ideas, or rather has it forced upon him. Dogma is not arbitrarily invented nor is it a unique miracle, although it is often described as miraculous with the obvious intent of lifting it out of its natural context… 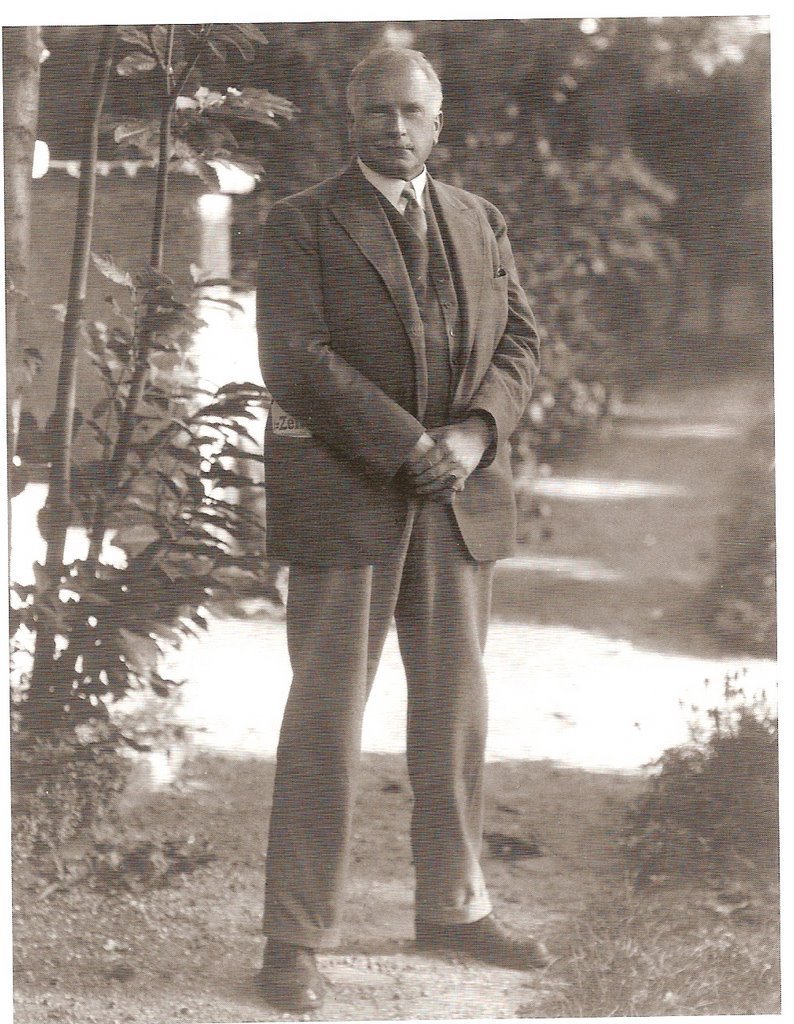