Saniyya Saleh (1935-85) was born in Mousiaf, a city on the west coast of Syria. She studied English literature at the American Lebanese University in Beirut, Lebanon, where she met her future husband, the Syrian poet and laywright Muhammad Maghout. She wrote her last poems while losing her battle with illness. She won several awards for her poetry, including the short story collection al-Ghobar (The Dust) and the poetry collections al Zaman al-Daiq (The Tight Time), Hiber al-Idaam (The Assassination Ink), Qasaed (Poems), and Zacar al-Ward (The Male Rose), the last of which was published after her death.

Because desolate rooms are beds for the poetry
that kills
I sob,
I dry up like trees.
The days still as the rocks
send the calls of blind boats.

Sharpshooter
aim your gun at my heart
Whisper your bullets like a lover into my ear
In vain I raise my anguish to the skies
Let their roads
be empty except for
My voice and
My echo.

For grief he wore those colorful bells,
a mask of joy.
He bound his stories
to his tongue’s tip
so they would not betray him
at the crucial moment.
And he walked
lightly
in jewel-studded shoes–
alone as the night
with no stars waiting
buy my eyes.

Bird, hovering over the horizon
remember
bullets are everywhere–
Remember
me
the perpetual traveler–
All my life
I have willed to go forward
and have not
advanced beyond
the borders of my grave 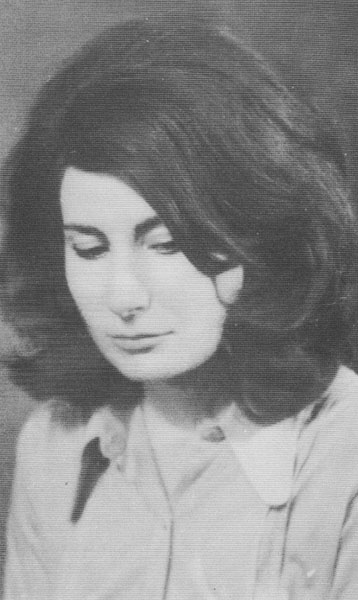 A Million Women are your Mother

O forest that my body has set on fire,
come close,
disregard what can’t be disregarded,
whisper your hidden rustle
into my mouth, into my ears,
and into my pores;
reveal your rebellion
and blossom
in the perforated dome
of a collapsing body.

Isn’t winter harsh? Aren’t time and snow,
rain and storms, too?
But oh, how beautiful they are
as they go away.

I didn’t know that forgetfulness has legs,
yet it comes and goes like an unruly horse
waiting for the bronze-colored rose to fall
from the top of the branches.
If the rose falls on the horse’s back,
the horse will fly away with it;
if it falls between its legs,
the horse will kick it.

O forest that has blossomed in my body,
don’t be afraid.
I’ve hidden my soul in you
or between two cracks as strong as armies
(although armies don’t know us and don’t care).

Plunge your head into me,
penetrate me
until our bones almost intertwine.
Let us be next to each other,
interlaced like the heart’s duality.
Touch me as God would touch the clay
and I will turn into a human being in a flash.

How can I escape, sweetheart,
when my heart’s fire runs in all directions,
in speech and in silence,
so that you may be born a million times
in ages of greater strangeness.
O my blond forest, unite your fear
and mine strongly;
let your bones enter the tunnel of my bones,
then pull the remainder of your body in
and enter.
There will be long, narrow passages
in front of you, and Truth lies in the narrowest.
Take care and don’t forget that you’re going there
to scream,
to reject,
and not to bend.

Behold, the ghosts of the world are advancing,
so hide
and steal a look from the cracks of windows
or keyholes.
Whenever a god passes, applaud him
or climb on the edges of trucks
and shout: the moon’s blood is from his blood
and its flesh is from his fabric.
But when will you come
so that I may tell you secretly
who the real god is?

The harsh rain was singing a military march
and shooting its bullets at the roots.
(How were you born in the midst of that fight?)
O God, command the valley
to take us to the original fountain,
and the mountain to take us to the real summit.
If the great darkness flees from the whip
and Truth lies flat on the executioner’s floor
and the alphabet turns into unfair laws
and the poets turn into dust on the tables,
I will fold up my time and hide it in my bosom.
And if I see my shadow, I will think I am crawling
in order to gnaw on the dry bread of famine.
But two feet of stone can’t walk. 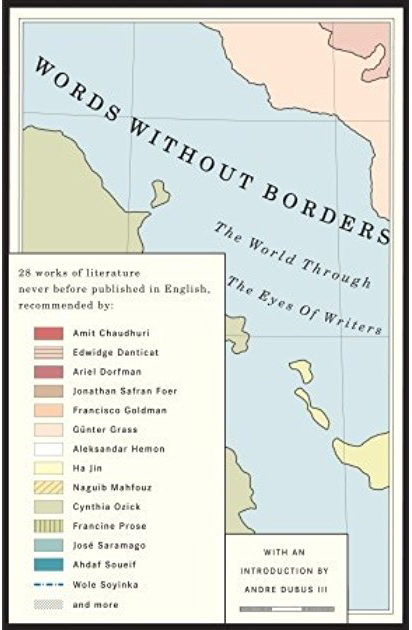 Behold, noon is like hard concrete
and the spears of ice cut through the limbs.
Souls that taste like bread are crunched by the air.
A million women are your mother, my little one,
and they untie the string
of the horizon for you so that
death may become temporary, like sleep.

Let us dig up the slaves and bondsmen,
and let us bury the masters of hunger;
and fountains have opened their white mouth
and sent forth their tragic call.
(How terrible giving up the soul is!)
Yet the fountains leave geranium
and damascene roses in their trace.

What angry power is it
that tears out the fetuses from our wombs?
Let that flood
weave the bed of our loneliness.
What will its beast do upon stumbling
while the winter, like an eagle,
beats it with its wings?
In its body are millions of waves,
a chronic eagerness for the earth,
while the drowning mariners
come out of the gates of Time’s water
with a sharper vision,
the lines of their ribs visible on their back,
and they say:
the forests that have entered the sea
will bear leaves again
because their heart does not die.

Thus, when Time locks its door to everyone,
I will enter the train of death, pleased;
I will hold the string of absence and pull it,
and my imaginary self will come,
my self that was born of the wombs of mirrors
with their frightening and obscure words.
But frightened bodies secrete what will save them,
and, behold, the door of peace opens
between Paradise and the Earth.
Life alone can take us away and return us.
Death has perished
and worm have become extinct.
The human stone is split so that
new generations will be born.
As for me,
I will withhold the eggs of reproduction
in my womb
to live thus as virgins,
so that spring may not be pressed
by force into the spray of bullets.

I am the hostage woman
Predecessors claim me;
so do successors
I snatch myself from the mouth of the two voids
I dream of the end of the universe,
Perhaps human glory witnesses the end
Waits long until civilizations
Lovers and peoples expire,
Or maybe migrate,
And earth remains for me,
Only me,
For me to be Eve the wonderful.
But I woke up,
And found that spears surround me.
It was a dream, O judges.
Your honors the judges
Autumn tears up its crust
Frightened of emptiness and solitude
Speechless, sleepless,
Wandering alone in sand streets
Absorbed in its thoughts
Announces migration
But soon returns captivated By love for the homeland.
Flares its fires and sows its cinders.
But who harvests it,
While in its depths there are empires
And armies dismantled
Despite their burnished buttons?
The armies who encamp in the liver’s kingdoms
Or lunge after the bowels with their penetrating ammunition
Pull their day from the Souks
So that the sap of the self goes not
Inside the fall forests In the body’s anterior temple.
O sirs These are my rivers

Driving their water production
To the mouth of the ocean.
The tax that you imposed is forcibly taken.
I thrust it to the inside of its coffers
Where its gold and memories are hoarded
Where empires sleep
With eyes filled with tears.
They recline on its rungs Or stretch on its sands.
It deals with the body and the soul
As though old customers But when hungry devours them.
…
O judges
The words of justice between your teeth
Are not for masticating.
Spit them out, here, in the palm of my hand,
For me to embrace them,
I push them in front of the mouths,
I bathe in them.
…
Or else…
To what use is that water That turns inside me
If it is not heading towards the great oceans
Where tears of the wretched heave?
Then welcome, O eternal roaring
O rising scream.
For me to split that obscure roar
I carry the burden of my death.
They counsel me to accept it,
That death, And beguile me into surrendering to it.
However, The wind tears off a limb from my body,
I rush after it, and recover it.
Thus wars raged on the entrances of the body
Where a man of copper stands
Arresting what escapes from the self.

…
O judges
You advised me pain and vagrancy,
Deprivation,
Bearing of wounds,
And I bore them until my bones bended
You advised me speed,
They say that the big universe traverses
But what has it got to do with my heart?
I will make a tunnel of love And flee…
Maybe I will get ahead of the thieves and tyrants and killers
From whose spittle is the ink of sacred History…
With it are recorded cold longings
And dead ideas,
Time’s farces,
And memory’s depth.
Where do we drop off the load, O sirs?
Here in front of your tribunes?
Or in the open air?…
Where lightning grants me its fire
So I expand through it
And the lake is its mirror So I reach myself,
I reach the head’s dark rooms A
nd where thunder opens my ears for prophecies?